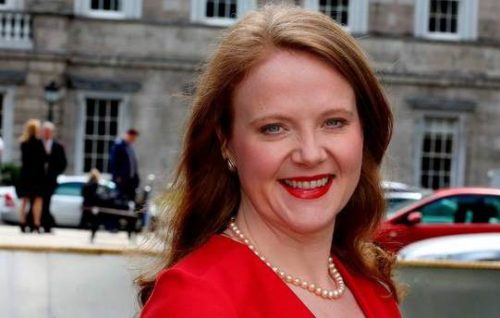 Senator Noone has announced she will compile ‘a list of things you can’t say anymore’ to help women in politics fight sexism.

Ms Noone recently withdrew an allegation that one of her colleagues regularly ‘talks down to her and dismisses her views’.

She also said “I want to apologise and sincerely stress that I’d never have denied using the word ‘autistic’ about the taoiseach, if I’d known there a was tape recording of me saying it”.

The FG Dublin Bay North candidate said that when she used a word, “It means what I want it to mean because after all, that’s the whole basis of politics, isn’t it?”

“Mink,’ that’s another one by the way,” she added, “you can’t say that anymore now either. When did that come in because I wish someone had told me!”

When asked if she thought there was an element of sexism behind the controversy, she gushed, “Yes, I do. I really, really do.”