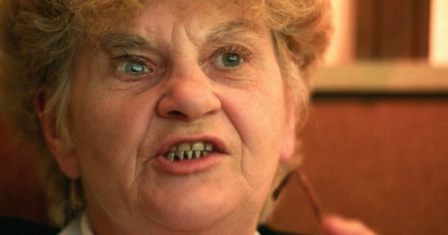 “I suppose he thinks I’m some kinda mug,” OAP Angela Broughan loudly announced to no one in particular, as she waited at the checkout in Tescos.

The 79 year old had just slammed down a divider on the grocery conveyor belt, to distinguish between her items and the frozen pizza selected by 23 year old media studies graduate, Alan Ryan.

“Well I’m wise to your game, welfare,” she said, folding her arms and staring at the ceiling.

“Of course if he was a real man,” she added unaware Ryan was listening to Second Captains while she spoke, “he’d ask if he could carry my groceries to the car…”

Throughout the checkout process, Broughan continued speaking as if someone else besides Ryan or 26 year old cashier Anja Nowak, could hear her.

Before leaving, she confided in Nowak that she was getting ‘a very 34th amendment vibe off him?'”