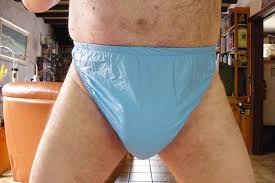 Today, 61-year-old McGowan complimented the article by posing for a saucy closeup and tweeting, “Thank you for the wonderful diaper @ethicaldiapersLDN!!!”

Clarke (55) spoke of her immense pride at having changed his diaper “as his wife” for the very first time.

The journalist who believes she can speak to angels, said the archangel Gabriel had looked on smiling, as she replaced the soiled garment with a fresh one.

Clarke also dismissed criticism of her ‘sober lifestyle’ by saying she would channel some ‘angel guidance’ at those responsible.

She was responding to a tabloid newspaper’s reports of an interview carried out with a fellow squatter, from her time in London, some years ago. The man said ‘alcoholics everywhere were repelled by the tragedy of her constant sobriety’ since undergoing rehab at The Priory.