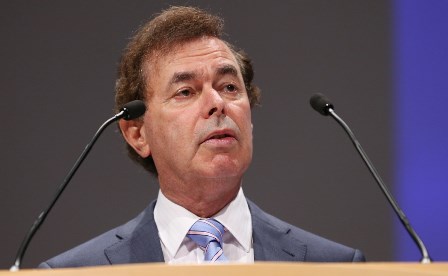 As Mr. Shatter’s long recovery continues, following his 2014 fall off the highest political horse in Irish history, he has hinted he hopes to once again offer Fine Gael, the services of his legendary arrogance.

Proving his own emotional instability could capture headlines for the third day in a row, Shatter confirmed he was ‘still angry’ about his departure from office.

And he gave a strong indication he had other emotions that might be useful to the government, were he to get the party’s Sneering Contempt brief, also known as the housing ministry.

‘Now off you fuck,’ he merrily quipped to the kneeling media, as he got back into his 18th century Landau carriage, emblazoned with the family motto –

Before it departed, a footman confirmed that ‘the master’ allows himself to be carried about in the carriage, “at absolutely no extra cost to the taxpayer, above and beyond the usual exorbitant subsidy”.