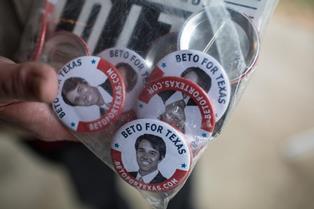 Texas Democrats are still grappling with the surprise news that a wealthy Irish-American who names Robert F. Kennedy as his political hero, has emerged as the candidate to run against incumbent republican, Senator Ted Cruz.

“It’s the last thing I would have expected,” registered Texas Democratic voter Alison Roberts said. “A young white, wealthy, married, photogenic Irish-American male? I’d love to know who thought that one up. I feel like I wanna start making excuses for him already!”

Congressman Robert ‘Beto’ O’Rourke told reporters that he wasn’t deterred by the fact that Democrats haven’t won a senate seat in Texas since 1988.

In response, a spokesman for Senator Cruz told O’Rourke not to be deterred by the fact that a Kennedy got shot in Texas, either.