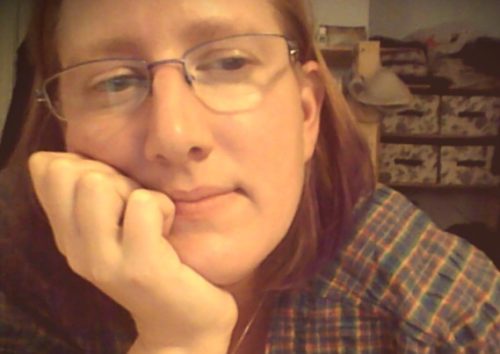 Librarian Joan ‘home alone’ Malone who freely admits to liking a good cry, has announced she’s especially looking forward to this year’s Valentine’s night when there should a weepy movie on every channel.

Malone happily agreed with married friend Jean Comerford’s suggestion that she probably wouldn’t be happy until she’d had a really good ‘ugly cry’ that left her looking like she’d lost her entire family in a spectacularly gruesome but also particularly poignant fairground accident.

And if I don’t like anything that’s on, the 28 year old added, I can just binge watch ‘the classics’ again – Ghost, The Notebook and Love, Actually.

After that, she revealed that she’s planning to put herself “front & centre” this year with flowers, chocolates, expensive wine and a solo date with ‘Roger’ whom she guarantees, ‘has never let her down’.

“But,” Comerford prompted, “there won’t be a repeat of last year’s DUI?”

DUI in this instance meaning ‘Dialling Under the Influence’ – a reference to Joan’s habit of ‘drunk dialling’ former boyfriends in the early hours, to scream at them.

“No, no,” she shuddered, “one solicitor’s letter is quite enough.”