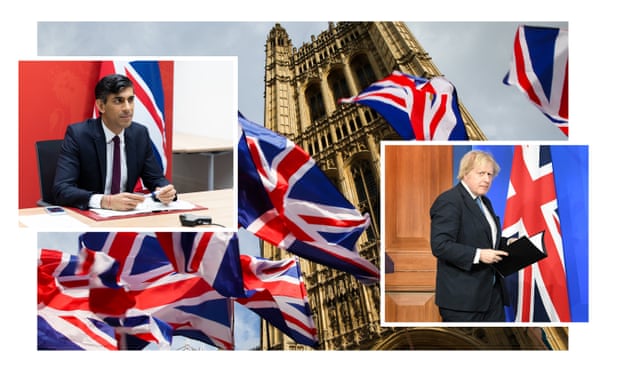 Boris Johnson has agreed to double his government’s budget for union jack flags as a result of the crisis, after stinging criticism from Tory MPs, including former PM Teresa May.

“This will showcase global Britain’s power, post-Brexit and demonstrate our world-beating, gold standard resolve to uphold democracy, both at home and abroad,” he said, wincing as backbenchers openly shouted ‘bullshitter’.

“Crikey,” he tried, resorting to the PG Wodehouse-style rhetoric that has served him so well but MPs who were in no mood to hear it, resorted to even less parliamentary language.

A clearly shaken Johnson then announced he would order the largest union jack ever made, to go on permanent display at Windsor Castle and all at once, the chamber fell strangely silent before breaking into applause.