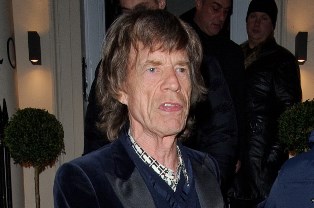 In a sensational u-turn, The Rolling Stones have issued a statement confirming a $25m deal with Pfizer to allow their iconic hit ‘Satisfaction,’ to be used in Viagra commercials.

Yesterday, a spokesman claimed reports of the rumoured deal were ‘fake news’ but until now the band refused to take questions about the claim, fuelling speculation that a deal was being put in place.

Documents seen by CatMelodeonNews reveal that a total of $5m will go to New York ballerina Melanie Hamrick with whom Jagger had a son, Deveraux, in December 2016.

Jagger & Richards have already sold the rights to two of their hits, Paint it Black and Start Me Up.

But the ‘wrinkly rockers’ have dismissed speculation that Mother’s Little Helper will be the next song in their back catalogue to be ‘monetized’.

Speaking on condition of anonymity, a spokesman later suggested “You’ve gotta like Prozac for that one?”