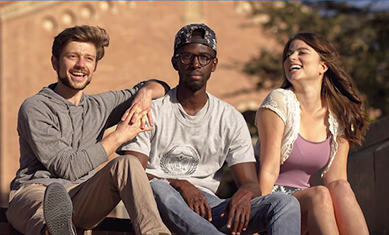 A socially awkward first Arts student has been referred to counselling for ‘cultural sensitivity issues,’ as part of a full blown identity crisis. Friends of 22 year old Kieran ‘Boo’ Mitchell, say his attempts to ingratiate himself with every BAME student have become unbearable.

The Clonboo, Co Galway native, who openly describes himself as ‘an inside out Oreo,’ has been known to run across the campus to welcome new students to the college with an elaborate ‘homie handshake’.

Bao Gang, a 26 year old male of Mongolian ethnicity from Fuxin, Liaoning province in The People’s Republic of China, explained that he was so startled by Mitchell’s ‘dapping’ that he initially thought he was being mugged.

Gang subsequently apologised for winding him with a well aimed punch.