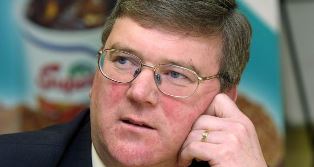 Supermac’s has agreed to meet the cost of the cover up of its own campaign of fake support for a motorway services area near Ennis.

The company had already admitted it had subsidized the cost of submitting the letters to Clare County Council which, at €20 per letter, could amount to €3,600. But now the firm has gone one step further and offered to pay to brush the whole affair under the carpet.

A Garda spokesman was unable to supply a likely figure for the cost of the Garda cover up.

“I blame Shell,” he said, “because the money they paid to cover up the Rossport policing scandal, has driven prices sky high”.