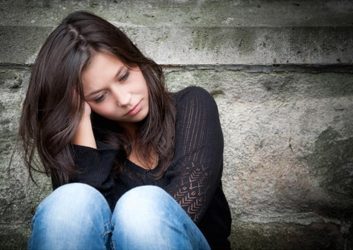 Galway city was stunned last night by the sensational news that a local teen had refused to dress like a whore to go clubbing.

Called out of retirement to cover the case, for once RTE’s veteran reporter Jim Fahy was literally ‘lost for words’ until, unable to contain the emotion any longer, he turned away, as his shoulders began to shake.

Meanwhile, in a statement published on its website, Mental Health Charity Mind, has advised anyone affected by this troubling event, “to seek counselling and not to try and keep it all in”.

The following exclusive interview with two friends of the troubled teen at the centre of the media storm, 19 year old Grace Kennedy, was obtained on the strictest understanding that they were only speaking to the press, ‘for her own good’.

“She thinks she’s better than everyone else,” 20 year old Beyonce Mulligan shrieked.

“Because by the end of the night, if nobody’s asked, ‘Aren’t you cold?’” the 20 year old said, “then you know you’re overdressed.”

18 year old Aleesha Lenihan agreed, claiming she’d never once seen Grace ‘got up like a real tramp’. “Now what does that tell you about her?” she demanded, before snapping, “Exactly!”

“The rules are simple, right?” she continued, listing off their dress code. “The ‘barely cover your ass hooker-skirt’, five inch heels, plus enough eyeliner to make you look like a racoon? Throw in a bare midriff crop-top, a pair of fishnet stockings and basically, you’re ready to go out in a snow storm.”

The pair then exchanged glances and synchronized their disgust with a loud “Eeew!”