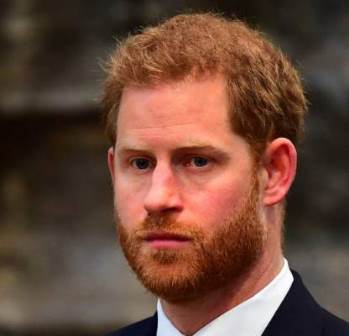 The Chief Constable of Thames Valley Police, John Campbell, has been forced to deny members of the force had ‘briefly mistaken Prince Harry for an Irish traveller’.

The drama began yesterday when five caravans and a range of pick-up trucks and cars, pulled up on the green outside Frogmore Cottage, where the Duke and Duchess of Sussex are living with their newborn son, Archie.

The two paragraph statement adds only that the Prince thanked the police for moving the vehicles on.

However one local claimed that when they initially arrived on the scene, officers mistook Harry for a traveller and tried to manhandle the prince.

Witness Jeff Healey (64) said “They grabbed him and said ‘We’re putting you in the paddy wagon, matey’.”

Before that, Healey said, the leader of the traveller convoy had addressed Harry as ‘Boss’ and asked him if he’d seen something called “a pie’ ball horsh”.

When the prince said no and asked them to move, the man is alleged to have told him he had “a fierce big paddy head on him for a posh lad”.