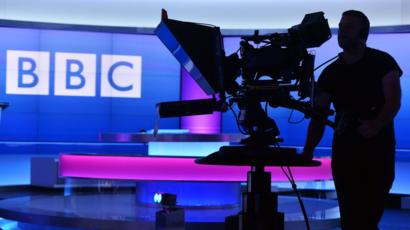 Posting on his Facebook page Fachtna O’Callaghan said that ‘Sadly, the British Broadcasting Corporation, a once proud institution, does not want you to know this – #BritishFraudcasting”.

Regular readers of his page, he remarked, “wouldn’t be in the least surprised to learn ‘the mainstream media en masse’ don’t want you to know what’s really going on”.

“It won’t be long before this is happening in Ireland sheeple,” he claimed, “you can’t say you weren’t warned”.

When asked why the BBC would refuse to report such a major event, he replied, “Because they’ve got their orders, ok? But sure, pick out some tiny ambiguity and use that to discredit me. That’s the oldest trick in the book. Meanwhile the bodies are piling up. Tick tock motherfucker. Like wow! Seriously?”

Mr O’Callaghan said tomorrow he would reveal who was really pulling the strings at the corporation, “if I haven’t been swept up by then, cos it’s coming. Mark my words, it’s coming.”