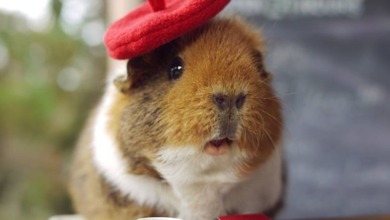 “The Freddie Starr I knew was a monster, as well as a genius,” says the hamster behind the tabloid headline that made the comic a global name overnight.

“Freddie was a nightmare because he had no discipline,” he reveals, “and the minute he became famous, he forgot who his real friends were.”

“He could have you in stitches one minute and then turn on you the next but I always loved him and will miss him.”

“I remember how he came home late one night, ranting about how he was surrounded by bloodsuckers. A particularly hurtful claim, as he knew my uncle had died of a Red Mite infection, contracted while voluntarily taking part in a laboratory research project.

The hamster who has mentored some of the biggest names in British stand-up, says Starr could also be guilty of shocking bigotry.

“It’s not well known outside of comedy circles,” he confides, “but I was the true author of the infamous Sun headline, not Max Clifford.”

“Afterwards it was as if he couldn’t stand to look at me? I think it was because he couldn’t bear that even a small part of his fame wasn’t entirely down to him.”

“Up until that moment, I was always a hamster. But afterwards, I was just a rodent!”