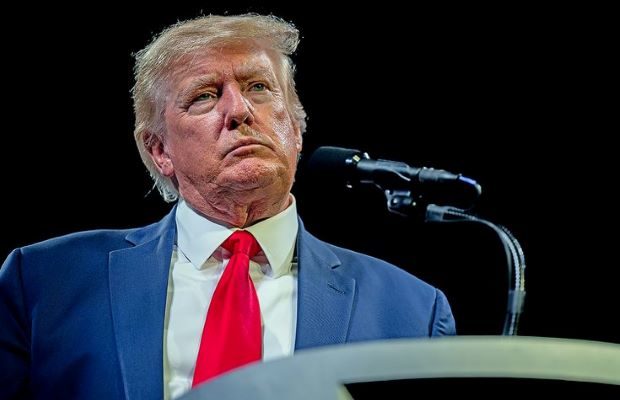 Donald Trump today warned the media that he has classified the entire Democratic party ‘just by thinking about it’, from now until after the midterms. The former president said this means any democrat who gives a speech between now and November 8th, can be tried for espionage.

In a recent interview with Fox News talk show host Sean Hannity, the former president revealed he could “declassify documents just by thinking about it”. This morning, Trump rang the station to say this power is far wider than he previously thought and “totally” allows him to classify things, as well as declassify them. “Especially subversives,” he said, “political parties, women I don’t like or people who say I’m not as rich as I claim to be? But most of all, the democratic party?”

The shock announcement sent the news cycle into overdrive, as media outlets scrambled to cope with the development. Trump later said he might declassify “one or two of the less extreme democrats who don’t hate me and aren’t paedophiles?”

The move won the approval of the sort of countries that are normally described as ‘regimes’ with Russia, North Korea, China, Hungary, Poland and Nicaragua hailing Trump as “a visionary leader for our times”.

Fox talk show host Tucker Carlson later declared that “Truly Mr. Trump is ‘a man for all seasons,’ even the classified ones.”