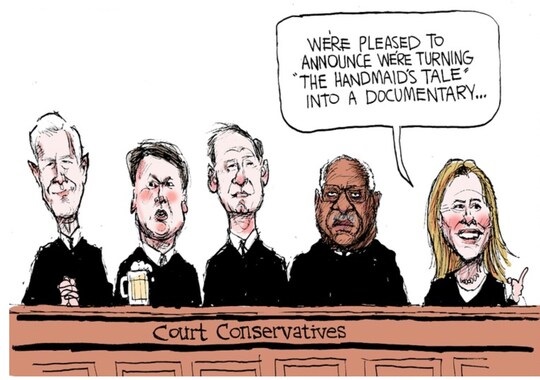 Donald Trump gloated last night that “it doesn’t matter that Mike Pence stole the election from me because I crushed the libs when I packed the Supreme Court”.

“I’ll be instructing the court to outlaw contraception and gay marriage next and then we’re moving on to Thoughtcrime which is anything I disagree with whether I’m in office or not.”

Many believe this second quote cannot have come directly from the mouth of Donald Trump himself because it is grammatically correct in both content and structure.

Later Trump tweeted, “I will eat America!” and everyone agreed that was definitely him.