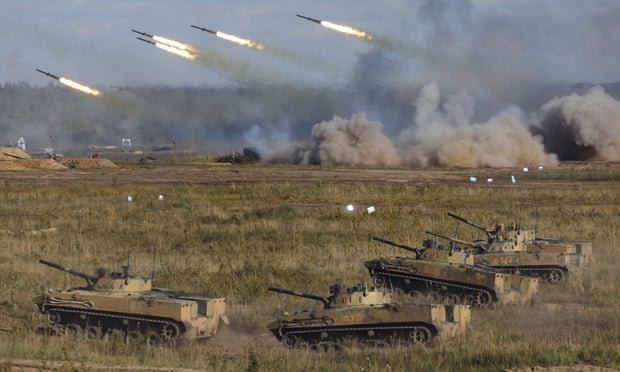 Donald Trump today promised to ask his boss to “go easy on Ukraine, at least until I can get back into the White House?”

“He’s actually a great guy,” the former president said, “who once gave me a very valuable warning about sexpionage type situations.”

Sexpionage is the term used to describe sexual blackmail of an individual, after he or she has been caught in a compromising situation with a ‘honey trap’ agent.

“We were looking at setting up a Trump Tower in Moscow at the time and he called me up one night to give me a very scary warning. He said the Democrats had a plan to try and trap me in a ‘golden-shower’ type situation. I said ‘Vladimir don’t worry. Jeffrey [Epstein] already tried that one on me but I was very firm. I told him I wouldn’t…ah…stand for it?'”

Trump stressed that if anyone could protect the Ukraine from Joe Biden, it was Vladimir Putin. But he promised to ask him to hold off from freeing it from tyranny for a while longer.

Asked if Putin was ‘on a rampage’, Trump ‘poo-pooed’ the idea. Then after a brief pause he added “but don’t say I used the word poo-poo?”