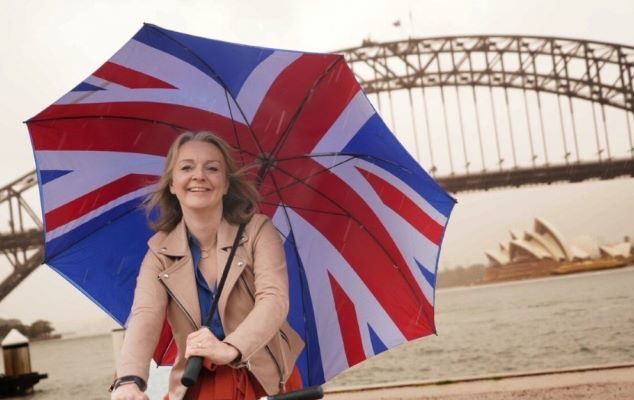 Liz Truss today said families feeling the cold, should “do what I always do and wrap yourself in the flag”. She added that, “it even works whenever things get too hot for me? Now obviously, as soon as I’m PM, if things gets sticky I’ll just say ‘Everything’s ok because I’m going to call President Zelenskiy’ but until then…”

“People are less inclined to criticise you when you wrap yourself in the flag,” the Poundshop Thatcher pointed out, “and you can always throw in a ‘don’t talk Britain down’ too? In my experience, The Express will even drop one of their ‘Who murdered Diana?‘ front pages for a little pic of yours truly wrapped in ‘the colours’! It really is child’s play.

Asked if she would pose in a Union Jack bikini with the Spice Girls, if it would win her the Tory leadership contest, Truss said “I’d paint my arse red, white and blue and sit on top of a flag pole to win the contest. Because, when you really think about it, It’s what Margaret would have wanted?”