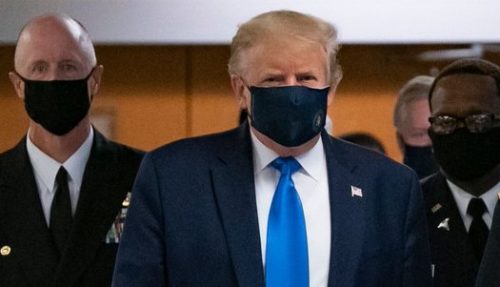 President Trump’s view that “We cannot let the cure be worse than the problem” has taken a battering lately with a growing awareness that mass death is even more expensive than mass unemployment.

Scientists and economists are slowly beginning to understand that “the possibility of returning to work is always open to the unemployed but not to those who are ‘un-alive’.”

A spokesman for Donald Trump said the president could not take questions about either mass death or mass unemployment because he was patriotically wearing a face mask that prevented him from being heard clearly.

“It would therefore be wrong of him to try to say anything,” he added, “or for the press to criticise him for not saying anything”.