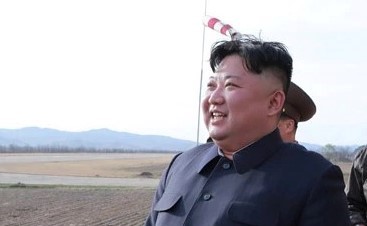 The UK has officially declared North Korean leader Kim Jong-un a “wrong ‘un” after he launched his largest intercontinental ballistic missile to date.

This is the highest level of diplomatic sanction in Britain’s diplomatic arsenal and is only used in extreme circumstances. Vladimir Putin has still not been declared a “Wrong ‘un” yet, Boris Johnson explained, “Because it’s complicated…by the money he gave us?”

The party provided a range of conservative clots straight out of central casting, to impotently rail at Jong-un for the benefit of TV news bulletins, many of them taking their cue from Boris Johnson’s ‘jolliest duffer of them all’ act.

Afterwards in the house of commons bar, they all agreed Jong-un would be ‘pretty shook,’ once he learned of the move. “Put simply,” one said, “Bwitain leads the world!”