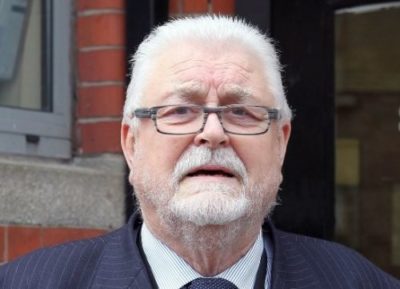 Queer-sneer peer Ken Maginnis was apoplectic today after being interrupted railing against calls for an ‘all Ireland’ virus strategy.

The Kilclooney looney was sharply reminded by a radio interviewer that while he is indeed a subject of Her Majesty Queen Elizabeth II, he is not a British subject, as Northern Ireland has never been part of Britain.

The foaming homophobe spluttered that he would be contacting “Her Majesty’s Prime Minister to immediately demand Her Majesty’s parliament enact a bill to change the name of Her Majesty’s Kingdom so as to make Her Majesty’s Northern Irish subjects, British”.

But the programme then went so abruptly into an ad break for an RTE documentary on the Irish War of Independence and the renaming of a huge chunk of Her Majesty’s Kingdom, that he was somehow left feeling as if he’d scored an own goal.