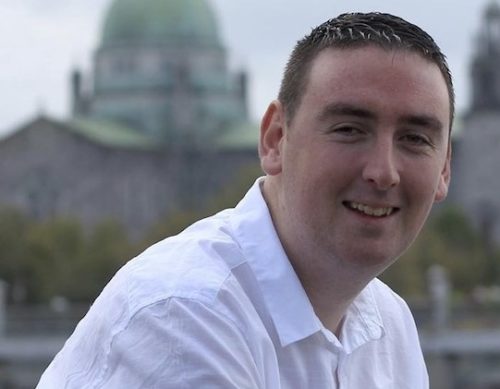 The ‘leafy suburb’ of Knocknacarra on the outskirts of Galway city, was the scene of explosive revelations last week, after the discovery of ‘a viable device’.

The ordinance was literally stumbled over by local recluse Mike Cubbard who rarely leaves his garden shed.

Blinking in the bright sunshine, as he made his way to the shop, Cubbard was busy googling ‘How to make a good first impression?’ when he tripped over – and landed upon – the ordinance.

When informed, Mrs Cubbard wept that ‘even when he has a bomb under him, he still doesn’t move’.

She said she’d sent him to the shop but he returned almost immediately without any groceries, “rubbing his ass and mumbling something about ‘The Hurt Locker‘.”

“The device may have been viable”, she added “but take it from me – he’s not!”