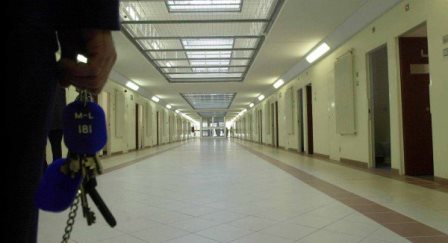 A tearful prison officer has confessed he is heart broken, after learning a prisoner whose food he urinated on every day for 11 years, is innocent.

Tony Varley, who only joined the service because he wanted to make a contribution to society, said he hasn’t been able to sleep since he heard the news.

Neighbours and close friends had looked up to him, he said, “for making sure prison wasn’t a holiday camp for scumbags”.

“I used to think I was giving something back,” Varley explained, “but now I feel like my whole life has been a lie”.

The Prison Officer’s Association has said it will be taking up the matter with the department.

A press conference was told the POA will be demanding compensation and counselling for all members affected in this way.

As a result of this decision, a spokesman said, ‘a true prison officer’s vocation has been destroyed’.

“Any inquiries about the so called ‘pee-nal’ system,” he told smirking reporters afterwards, “are in very poor taste”.