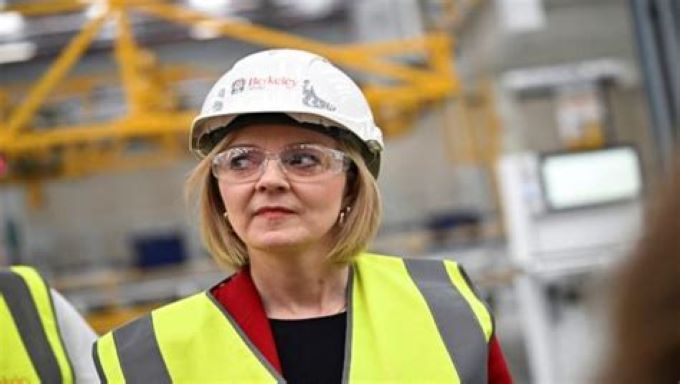 “Never mind the experts,” Liz Truss told the IMF today, “because as a wise man once said, ‘People in this country have had enough of experts’!” The prime minister was referencing Michael Gove’s infamous slogan that dismissed economists’ warnings that Brexit would damage the UK’s economy.

“I’m ‘not for turning’,” Liz gurned at reporters afterwards. “And I’m quite prepared to be unpopular,” she winked, “remind you of anyone?”

Meanwhile, with the markets on fire, one Tory backbencher said, “Frankly, I blame the Daily Mail for pushing her on us” while another said it was “Time to send her into the library with a bottle of whiskey and a revolver?”

Separately, Irish group Aslan have recorded a new version of their 1993 hit Crazy World for their UK fans. The single which is being rushed out to mark chancellor Kwasi Kwarteng’s “kamikaze budget” last Friday, is called How Can I Protect You In This Kwasi World.