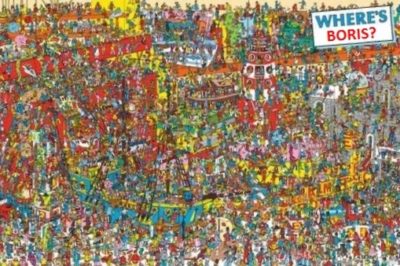 Martin Handford, creator of the “Where’s Wally?” cartoons, has come out of retirement to create a special edition of his missing cartoon figure, called “Where’s Boris?”

Handford said he felt he had to “mark the search for the only missing cartoon figure whose whereabouts are a bigger mystery than Wally’s”.

The difference between them, he told reporters, is that ‘you always find Wally but you never find Borris’.

Entertainment Rights who acquired the brand in a 2007 £2.5m deal, have said they will distribute the new book.