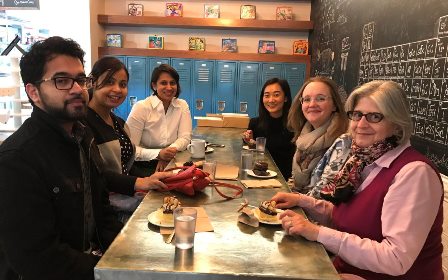 It’s a question as old as mankind: Why are laboratory assistants social lepers?

Aristotle thought it was due to the noxious vapours they inhaled trying to turn metal into gold without thinking of monkeys.

Plato believed experimenting on animals caused a lack of empathy and thus, all sense of humour left them.

Shakespeare, in A Midsummer’s Dream, blamed the lab assistant’s traditional aversion to soap and hot water. Putting into Malvolio’s mouth, the words “Come now thou smellie rascal, the odour of decay doth follow thee as if suds were yet not discovered by thine alchemy”.

However a new study by the Institute for Plausible Research Grants suggests they’re born that way.

A spokesman said “These people were probably hunted for food by early man, after they ran out of Neanderthals.”