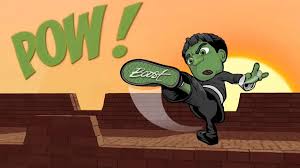 A woman filmed kicking a man who had just bought an engagement ring for his fiancé, has denied she is a stalker.

Trainee beautician Laura Bradley told the Galway District Court she “just happened to be passing Fallers Jewellers“, as the couple posed for a ‘selfie’ and had not been following them.

She admitted she had shouted ‘Congrats super rat’ before ‘pushing’ Ferriter from behind with her foot but that it was “more of a Berocca boost than a kick”.

The court was told that Berocca boost is an energy drink that gives you a kick ‘just when you need it’.

Asked to explain why she had felt it necessary to ‘push’ Ferriter in the first place, Bradley replied “Because we were supposed to get engaged once and I wanted to remind him of that?”

Bradley claimed she could not remember why she had called Ferriter’s fiance Rhiannon Mulligan “tinsel tits” but apologized for doing so.

Judge Fahy said she would apply the probation act, provided Bradley agreed to avoid the couple in the future.

“I called her ‘tinsel tits’,” Bradley was later overheard telling friends, “because she gets them out at the drop of a bloody hat”.