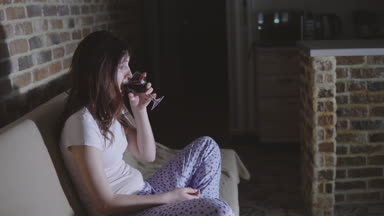 Self described ‘foodie’ Deirdre Taylor last night revealed she no longer cooks anything, preferring instead to watch cookery shows while smearing Ballymaloe Original Relish over whatever’s in the fridge.

“Basically,” Taylor said, “you can put it on anything dryer than relish and ‘Bish-bash-bosh,’ you’re in business”.

The 29 year old recruitment consultant who wears sunglasses on her head all year round, plans to open her own restaurant, just as soon as she’s drunk enough cabernet sauvignon.

“I don’t know why Rachel Allen’s son needed all that marijuana anyway,” she hiccuped, “when his family makes a sauce that’s better than drugs.”