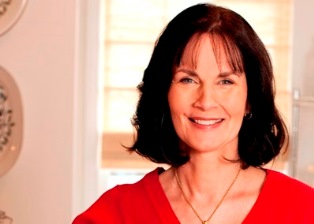 Shaking her head in disbelief, the 48 year old told next door neighbour Triona Funshal that she’d “simply given up asking.”

Carty added that she knew her 25 year old daughter ‘must have liked it though because she was grinning from ear-to-ear when she told me’.

It was a relief, she confided in a by-now wide eyed Funshal, to see that Caroline had “climbed back on the horse” with regard to the whole dating thing.

Carty reminded her neighbour of the difficult breakup her daughter had gone through with her previous, longtime boyfriend Steve, last year.

“Everything is so different nowadays, isn’t it,” she mused.

“I can tell you one thing, if Tom had given me a pearl necklace when we were courting, I’d have run straight home to show it to my mother!”