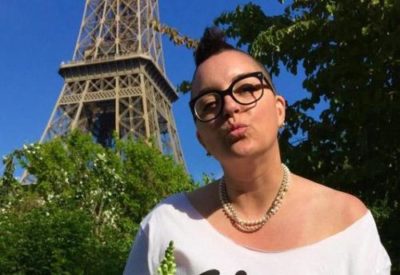 Sophie Denton who married herself two years ago, has announced she wants a divorce because yet again she feels ‘let down by this patriarchal institution’.

So called ‘Sologamist’ Denton claims that while she had truly fallen in love with herself, she was always of two minds about the idea of marriage. But in the end, she smiled ruefully, ‘I suppose I swept myself off my feet and got caught up in the romance of it all?’

The thirty one year old chef dismissed other advocates of ‘Sologamy’ who renew their vows within a year of getting married. “People who stage events like these are simply attention seekers and self publicists”.

“I may be doing this publicly,” the Castlebar woman added, “but unlike them, I’m not doing this for the publicity? I’m simply doing it to give hope to other women who’re trapped in loveless marriages to themselves. And I don’t care if I lose everything in the divorce, I just want to be free again.”

“Physically,” she revealed, “there were problems right from the start. I always had to initiate things and if I didn’t, then nothing happened. Eventually I just gave up on us.”

Denton initially refused to comment on reports that next week, a man she once dated is to marry his penis.

However she later said “I think he’s making a mistake because he appears to have misunderstood what it is to look in the mirror and fall deeply fall in love with yourself, like I did?”

But then she added, “That was before it all fell apart, obviously…”