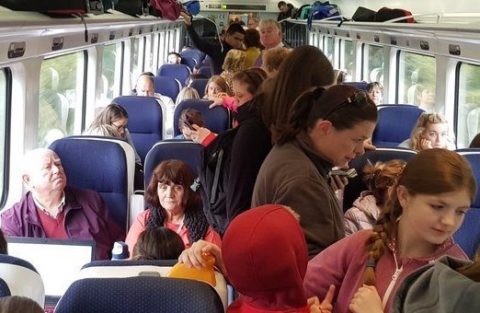 “God help the police, I wouldn’t like to have to do their job,” Higgins whined, theatrically, “was one?”

“Can anyone tell me why politicians are paid so much“, he continued, “was another.”

“The poor farmers, their crops’ll be ruined if we don’t get a drop of rain soon”, he added.

“When God closes a door, he opens a window“.

“Once upon a time,” Lenihan suddenly interrrupted, “the old line about how ‘the world would be a much better place‘ blah, blah, was the ‘Won’t somebody think of the children‘ piety of its day.”

“And this is important, why?” Higgins asked impatiently, eager to get back to his list.

“Because,” Lenihan warned, “that old bitch Bridie Tutty who inflicted it on me earlier today, is not somebody you wanna get stuck next to on the Dublin to Galway train?”

Higgins was still debating resuming his list, when ‘the lemon’ lit up, inhaled and looked at his friend severely.

“Especially,” he said, “when the goddamn bar is closed”.

Which was why, he clarified, he’d generously given up his seat to the obese, methane-producing gentleman with the knuckle tattoos, standing in the aisle beside them.

“After all,” he said, exhaling at length as he handed the carrot over, “it’s important to give something back too”.