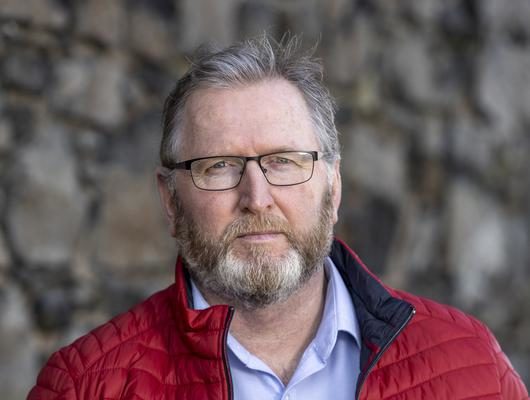 World leaders were rocked this week by two astonishing developments in Northern Ireland that neither unionists nor nationalists saw coming.

In the first it was revealed that UUP leader Doug Beattie had made a passable joke while in the second, it emerged that his fellow Ulster unionists got it.

Never before in the north’s history, has unionism managed to do both of these things at the same time. Unionists have tried to make jokes before of course but not the kind that in any other culture would have been recognised as humour. The hallmark of the traditional unionist ‘joke’ has always been not so much that it never amused but that it never even aspired to do so.

Laughter, in the unionist mind, has always been regarded with suspicion. Under Ian Paisley’s leadership, the DUP saw it as something that, like sex or alcohol, ‘could lead to dancing’.

Congratulations continue to pour into UUP HQ from all over the world last night with the notable exceptions of the DUP and Sinn Fein.

Asked to comment, the SDLP leader Colum Eastwood said, “It was a good but not a great, joke” while the Alliance Party leader Naomi Long dubbed it, “a puerile schoolboy joke that, sad and all as it is to say this, is still a great leap forward for northern Ireland”.

DUP leader Sir Jeffrey Donaldson said his party would have no truck with jokes now or in the future.

Sinn Fein were too disoriented to respond but it’s thought they fear the emergency of a subtler, more nuanced strain of unionism that might prove a more agile opponent in the north’s endless political struggles.