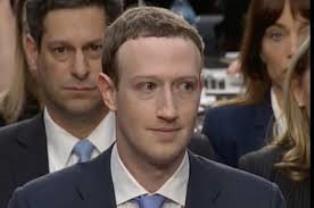 Members of the social media entrepreneur’s inner circle, described his elated arrival back at the company’s Menlo Park HQ to the customary, wildly sycophantic applause.

In the foyer, he addressed staff, saying ‘I totally blew away all those old dudes with my suit and tie? They so did not see that one coming!’

‘Dawg, you know you gonna be their boss someday,’ Columbia alumnus Mathew ‘Crip’ Chilcott-Kickham III shouted and was rewarded by a thumbs up from Zuckerberg as he got into the elevator to the penthouse.

Since then, reports have emerged that other members of the group resent the blue blooded Crip’s addiction to ‘ghetto speak’.

“You know,” – a colleague who wished to remain anonymous, said – “a classmate of Crip’s told me that when he was in college, his nickname wasn’t ‘Crip’ at all, it was ‘Chip’?”

“But I’m not ready to share that information just yet,” she added, “I’m saving that up for a team-building weekend?”